The Kings of Wings 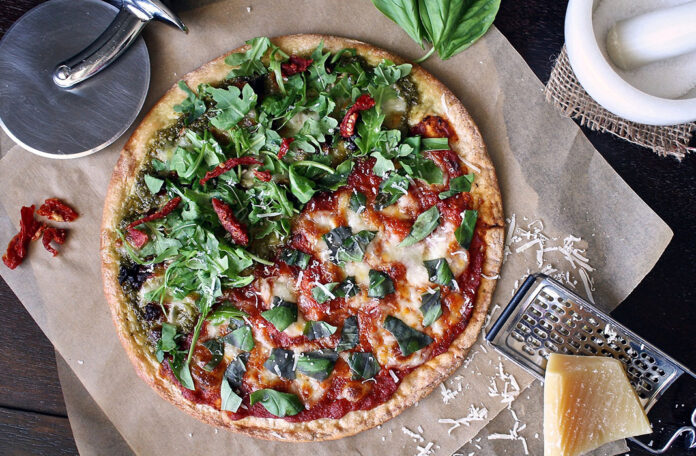 Glasgow’s best pizza is a hot topic right now. The big chains are getting carved up by Glasgow’s independent pizza joints and it’s about bloody time too! We’re all about supporting local, independent businesses here at I Love Glasgow and the pizza boom is one that definitely has our backing.

To add fuel to the big foodie debate, here are 12 of our favourite pizza joints: 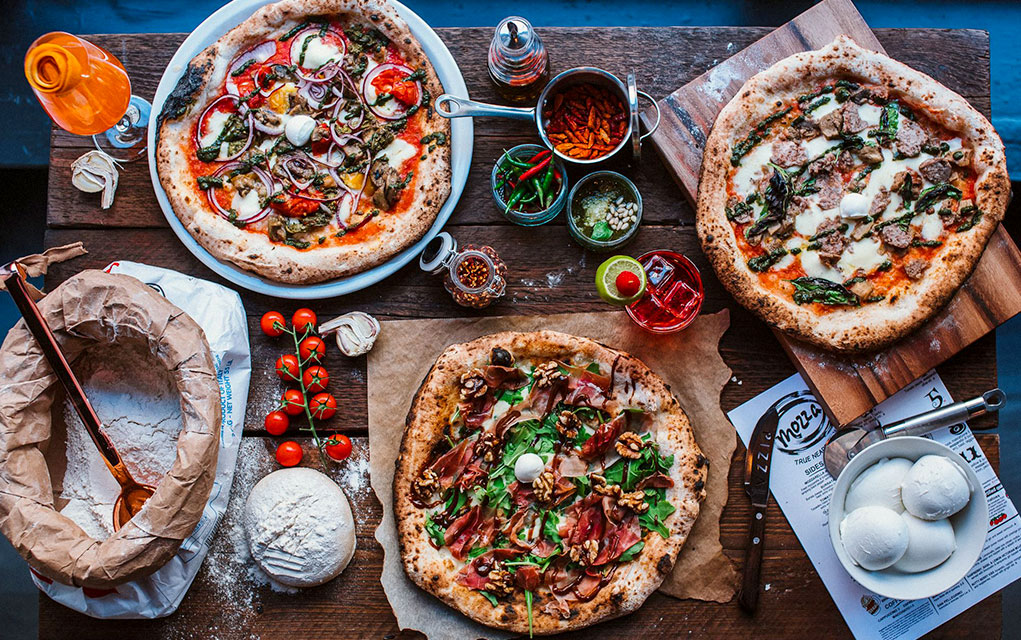 Last year Mozza introduced ‘Maradona Month’, to mark 30 years since Napoli won the Italian title. During which, punters were offered Coke and a pizza for £5.

Needless to say, wee Diego would have been left pretty disappointed at being handed a glass of cola. Especially after eyeing up the big bag of white powder on the table. He may, however, have been brought round after tasting their authentic Neapolitan pizza. Wood-fired to perfection in only 60 seconds!

BYOB and pizzas that are a match for any in the city. Even if you’re not a Dennistoun local, grab a carry-out and jump a cab over to Pizza East for a great munch that won’t break the bank. Fantastic value and exceptionally tasty pizza. 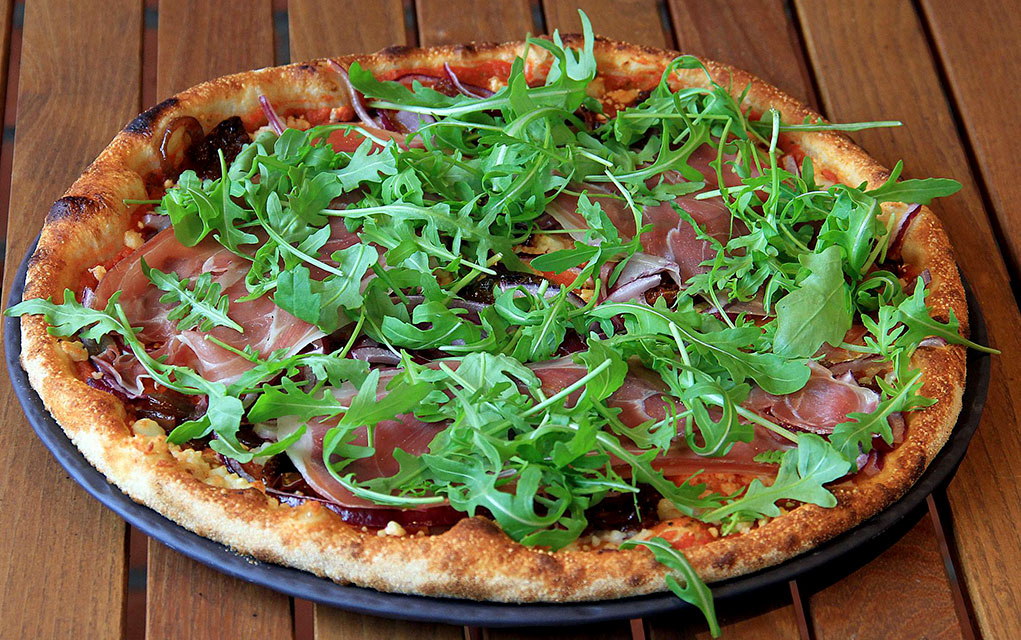 CC’s became Glasgow’s first authentic wood-fired pizza takeaway when they opened in 2011. Their delicious handmade pizzas have gained the NHS Scotland supported Healthy Living Award. To give that some context, a 12″ margherita from CC’s contains almost half the calories of an 11.5″ from Domino’s. Which means you can order the Joey special without feeling guilty! 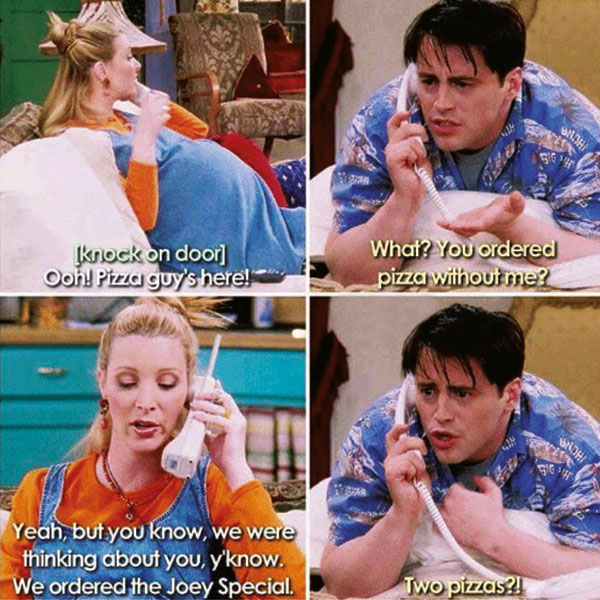 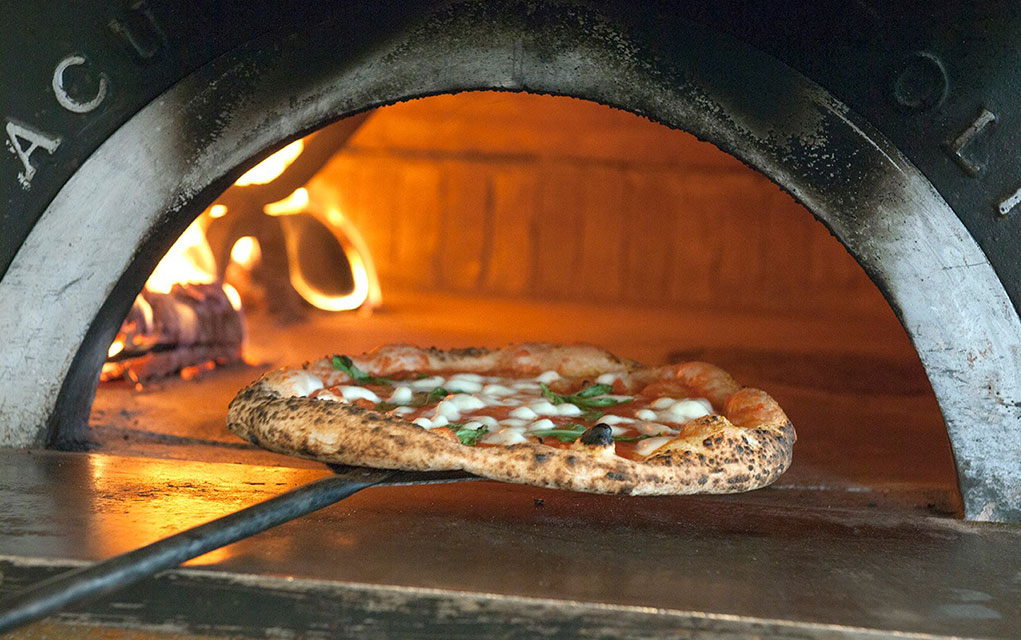 Since opening in 2015, it seems Paesano have had a never-ending queue of pizza lovers knocking at their door. With huge numbers wanting a slice of the action, you’d expect a long wait but unsurprisingly pizza fired at 500 degrees doesn’t take very long to cook. Before you know it, you’ll be stuffing your face and instantly understanding what all the hype is about.

One of Glasgow’s most popular Italian restaurants and, of course, their freshly baked pizzas are top-notch.

We’re hazarding an uneducated guess that BASTA took their name from the noise you make when you bite into a molten hot slice of pizza.

So that’s probably not true, but what is 100% fact is that BASTA is one of Glasgow’s real hidden gems. Sure a pizzaiolo in Naples may have dropped his peel upon hearing about cullen skink pizza. But this “disco pizza bar” is adding a bit of fun into this almost sacrosanct dough, which is increasingly being taken way too seriously. So put your disco shoes on and embrace the new world order. ‘Mon ya BASTA! 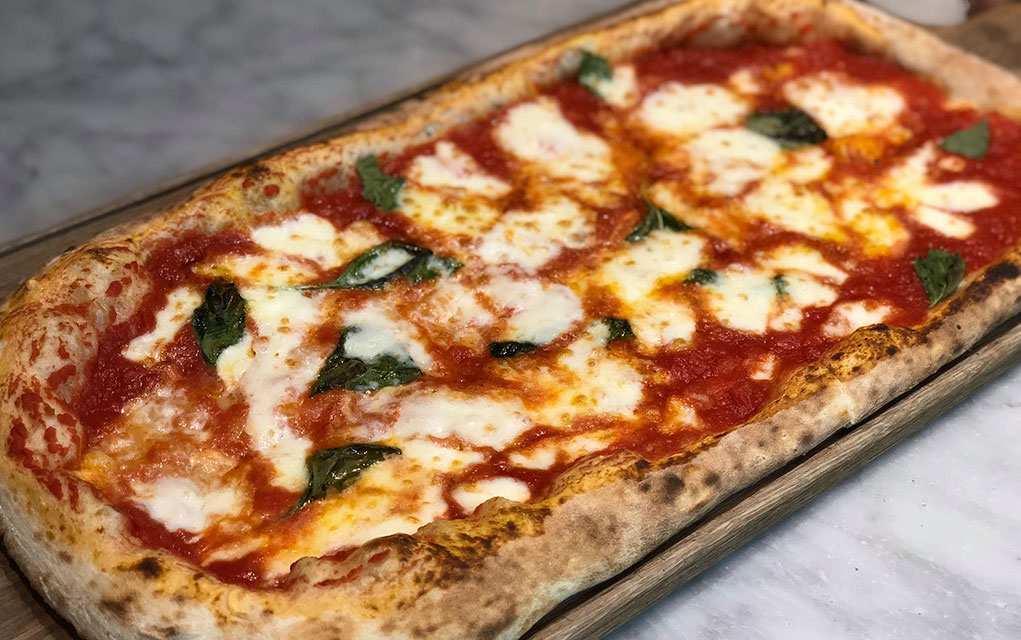 Rustic Italian pizza with a perfect view of the beautiful Kelvingrove Art Gallery. Order a cold birra and bag a seat near the window. If you’re lucky enough to visit on a sunny day, you can watch the gallery glow in the sunshine. Just look out for the neon moustache and you’ll have found your pizza paradise. 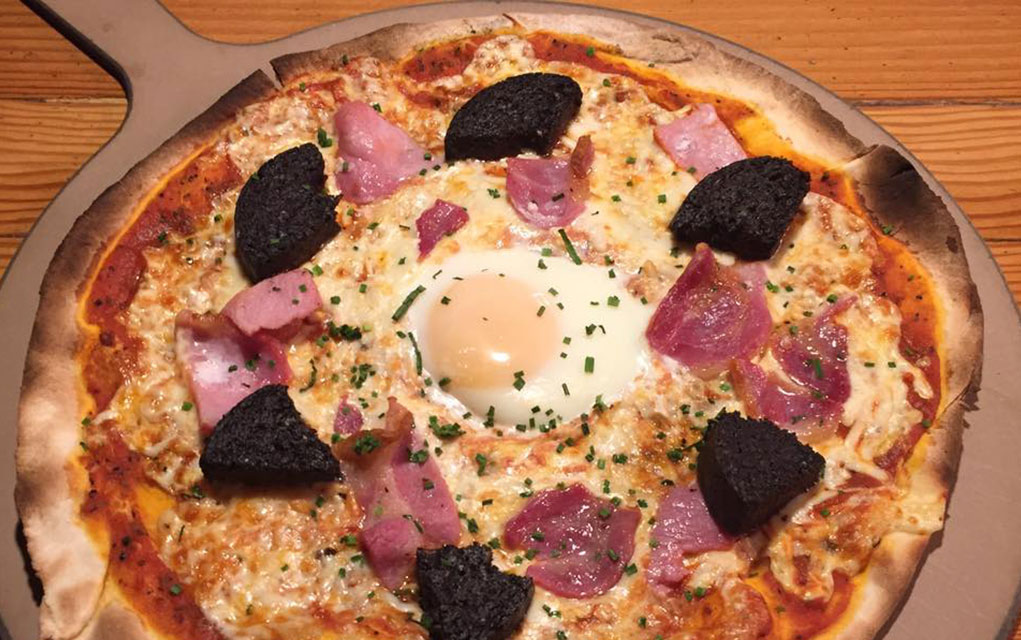 Before Neapolitan style pizza took over the city, Glasgow craved the crunch of Bier Halle’s legendary hangover killing pizzas. The home of 2 for 1 pizza – you’ve just got to hope they stay true to their roots. Neapolitan may be the new favourite but we love Bier Halle’s unique style with their kick-ass crispy crusts. 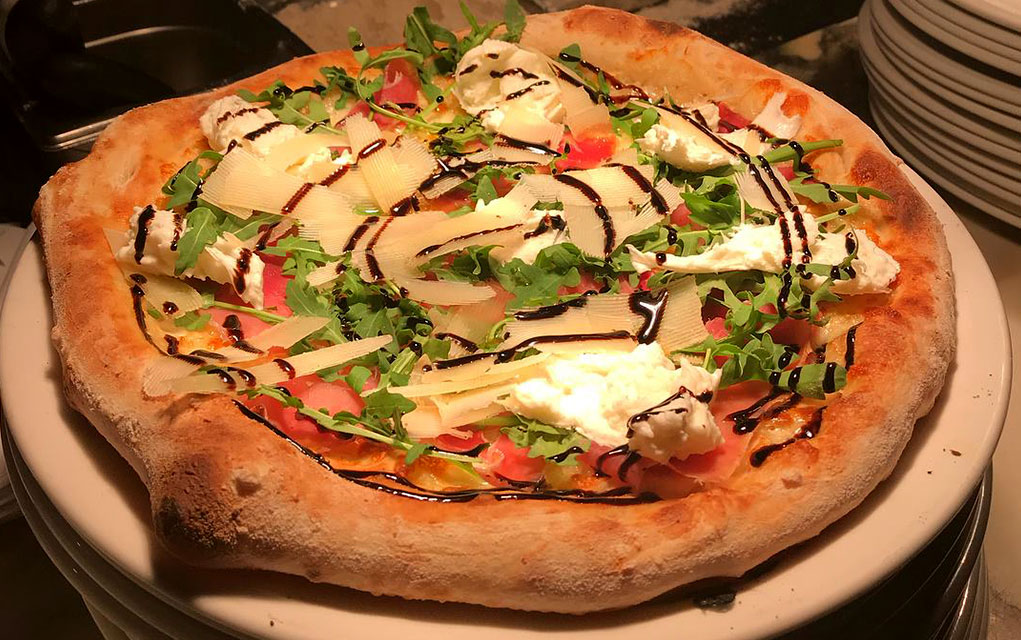 ORO is Italian for gold, which makes a lot of sense when you cast your eyes on their impressive gold leaf covered pizza oven. Formerly Bella Napoli, ORO is still owned and operated by the Crolla family. So you can expect the same quality of service and produce that kept this Italian eatery thriving through the many peaks and troughs of Shawlands’ dining scene. 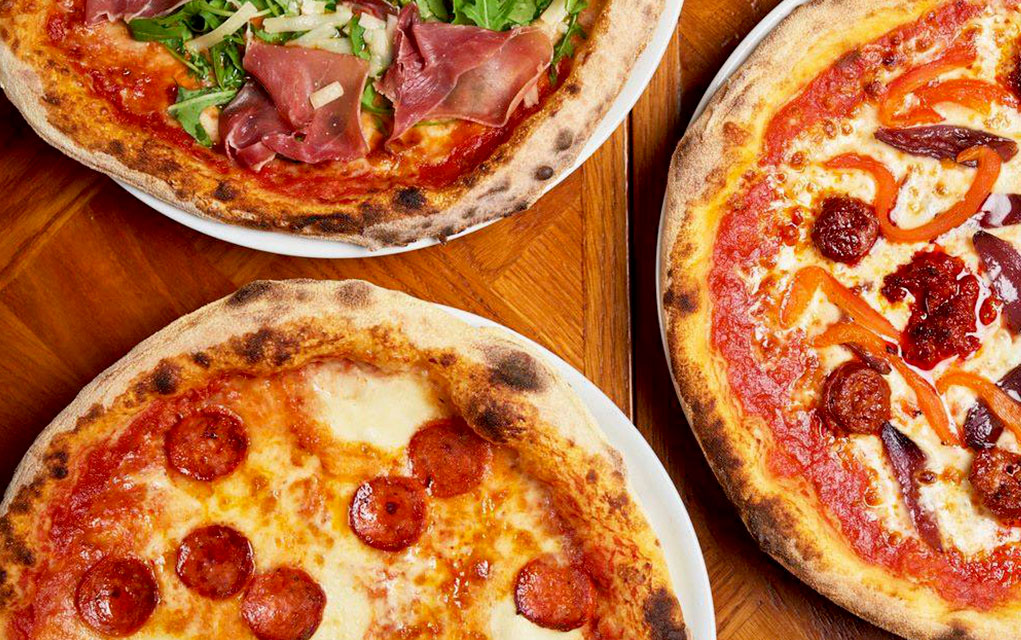 Join the Pizza Punk revolution and get stuck into one of their artisan sourdough pizzas.

For £10 you can “punk up your pizza”, choosing everything from the base, to the sauce, to the cheese and unlimited toppings! Keep it classic, or go rogue with irn-bru pulled pork, homemade doner, or drown it in gooey mac ‘n’ cheese.

Well do it with a pinsa. That’s right, what you’re looking at isn’t pizza, they’re Eusebi’s famous pinsa. They have a lighter, airier crust than pizza and are said to be easier to digest. Dating back to Roman times, the word pizza is said to derive from pinsa, which comes from the Latin “pinsere”, meaning “to squash or pinch”. So, you know, you can bore your friends with that useless information whilst scoffing one of these ancient delicacies.

Pizza or burger? It’s always a tough choice between the two, but not at Nonna Gina’s. They’ve married two of the greatest handheld foods and made one epic pizza burger.

A cooked beef burger, baked calzone-style in pizza dough filled with Napoli sauce and mozzarella, then crowned with your favourite toppings. Hangover be gone!